The Mustang and its mythical versions

It is difficult, if not impossible, to trace the complete history of the Ford Mustang. The American sports car, an iconic model launched in 1964, has multiplied its versions over the years. Even worse, many tuners have also chosen to customize the model.

In fact, according to brand historians, the Ford Mustang has more than 35 different versions to date. And we’re not talking about the traditional versions offered yearly, like the magnificent GT or the Premium, coupe or convertible. No, we’re talking about vehicles that have undergone significant transformations, changing the mechanics or the styling enough to make them different.

So we’ll settle for four versions, among the most important (or at least among our favourites) in the history of the Mustang.

We chose the 500, but we could have chosen any other model. The idea is that legendary racer Caroll Shelby himself invented the principle: to create a performance Ford Mustang, adding distinctive elements to the standard version’s capabilities.

Shelby created the GT350 in 1965 to compete with rivals like Chevrolet. He took the Mustang, eliminated some luxury elements to reduce weight, changed the suspension and tuned the original engine to increase power. That’s how a legend is born

Over the years, the GT350 has been re-branded under various names, including a particularly radical GT500 KR (for King of the Road) in 1968. Today, the Shelby GT500 offered by Ford is considered the best Mustang of all time, with its 5.2-litre V8 and 760 horsepower. 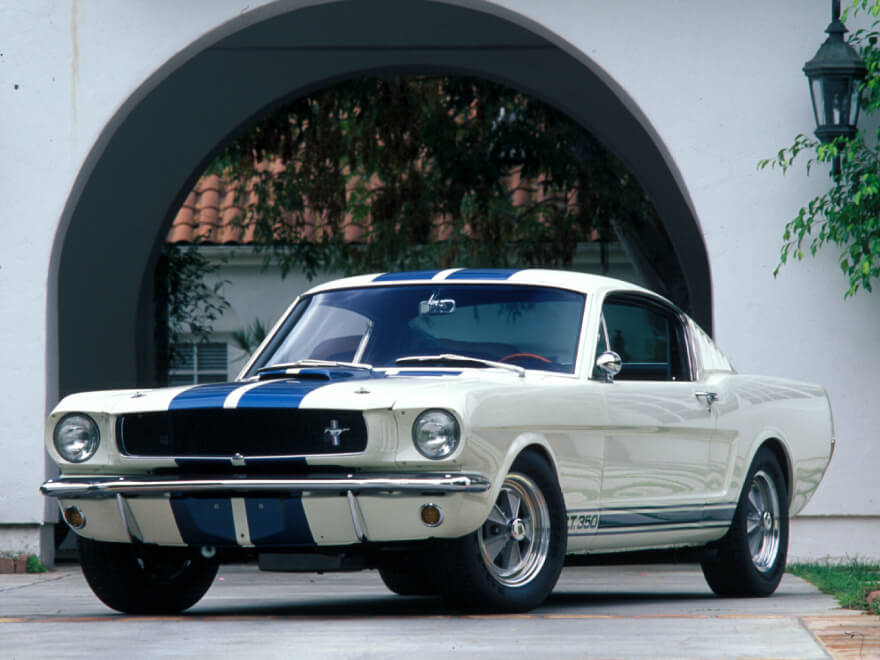 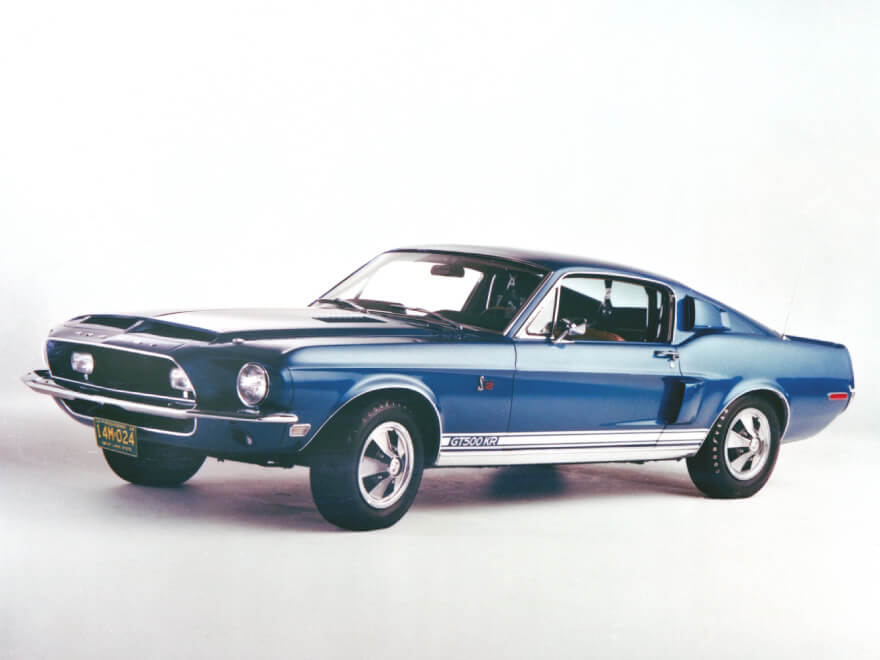 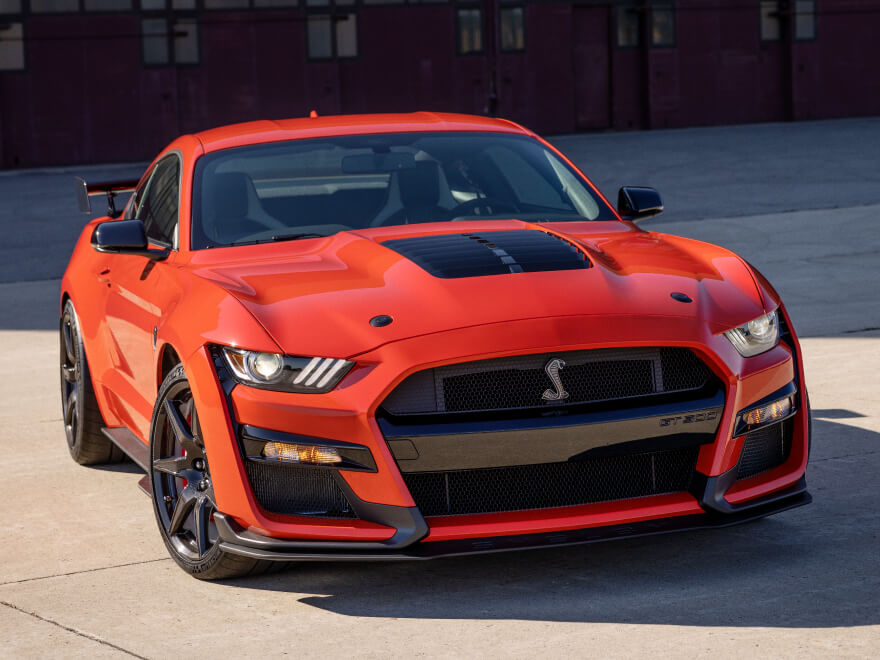 Are you familiar with the movie Bullitt? If not, you’re missing out. This masterpiece (okay, we’re being a bit optimisticby saying that) features one of the best, if not the best, car chases in all of cinema. Behind the wheel, Steve McQueen, aka Frank Bullitt, on the streets of San Francisco, driving a Mustang created for the occasion: a GT version with improved suspensions-it still makes a few jumps -and increased power. Not to mention a unique sound made possible by modified exhausts. The car was then marketed in 1968.

A second generation will be released in 2008, and a third in 2019, both with the original green colour, the unique logo and the sound as close as possible to the original. Unfortunately, the car is now a collector’s item, and it isn’t easy to get one 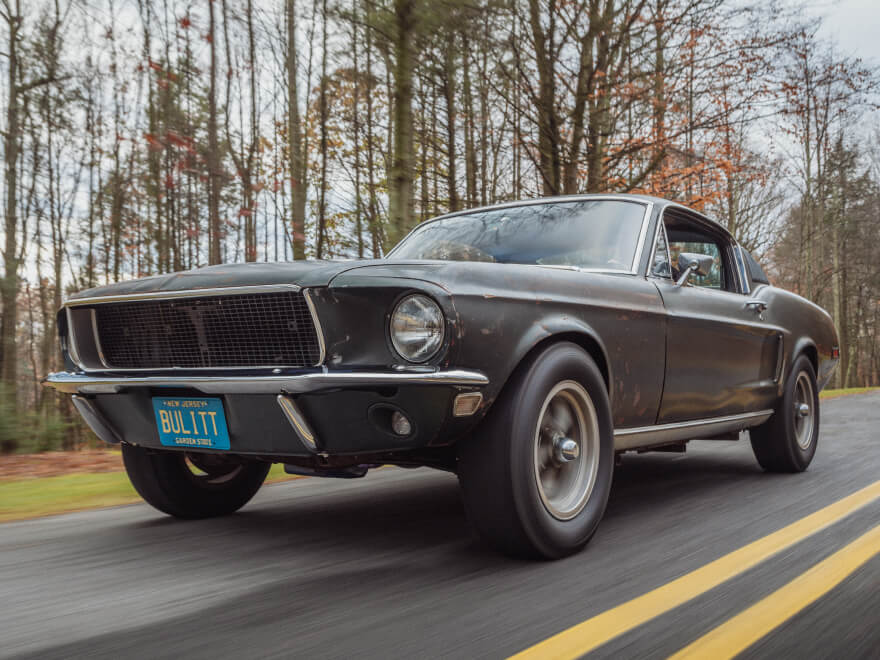 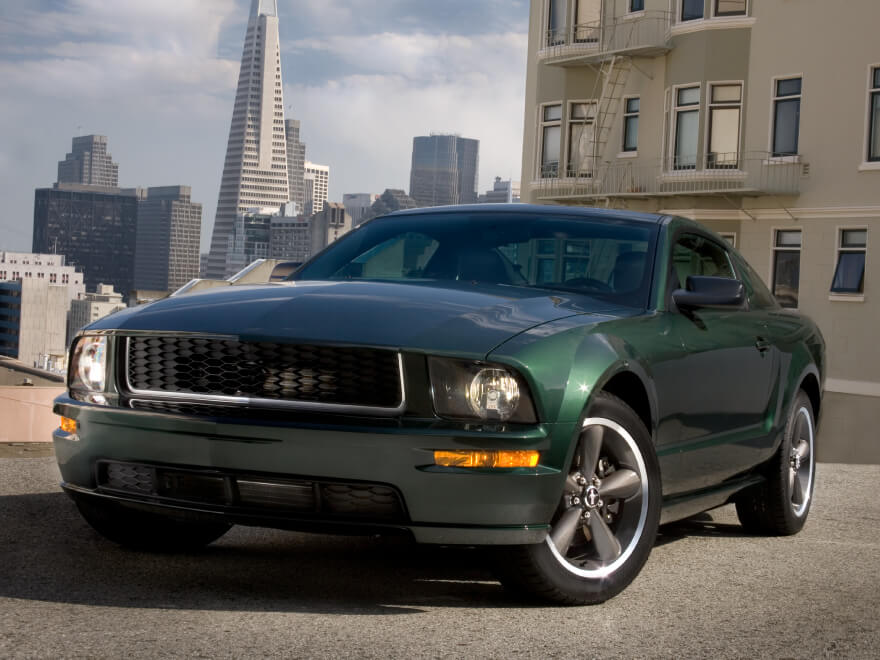 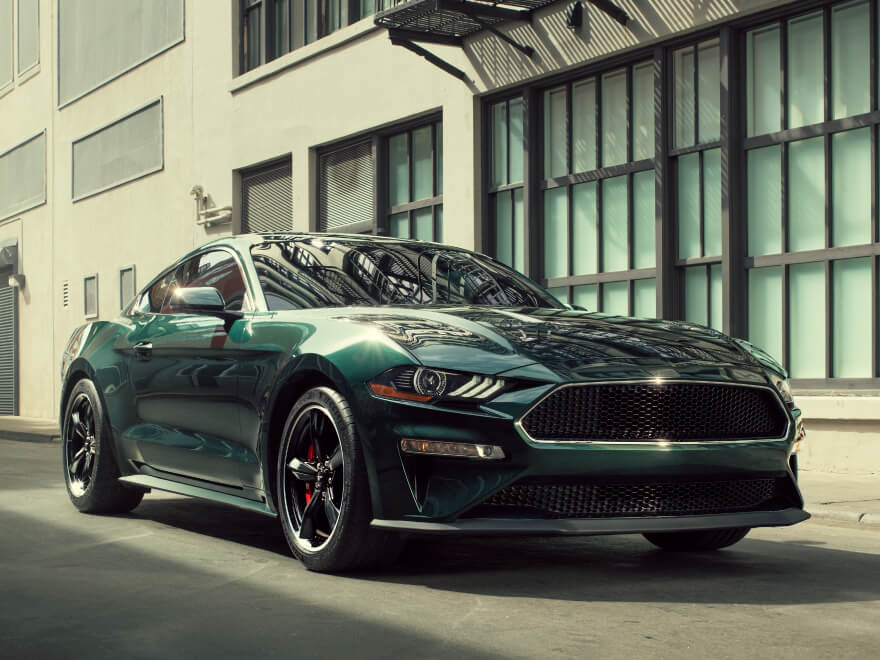 The Mustang Mach 1 was born in 1968 and was marketed for about ten years. The Mustang Mach 1 was an initiative of Ford, who wanted to reach new performance goals. It was a real success, as the original car set some 295 speed and performance records on the Bonneville Salt Lake in Utah. Under the hood was a 250 horsepower V8, or a slightly more powerful 335 horsepower version starting in 1969

The Mach 1 is still offered and is in its sixth generation. It is, however, a car to be reserved for performance enthusiasts, with its 470-horsepower 5.0-litre V8 but stiffer suspension and tires that stick to the road. 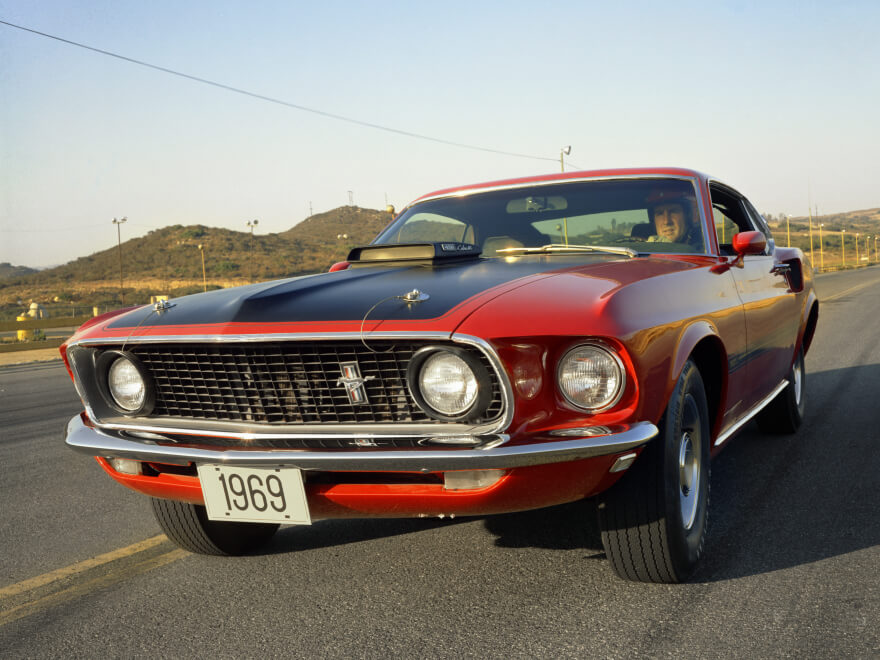 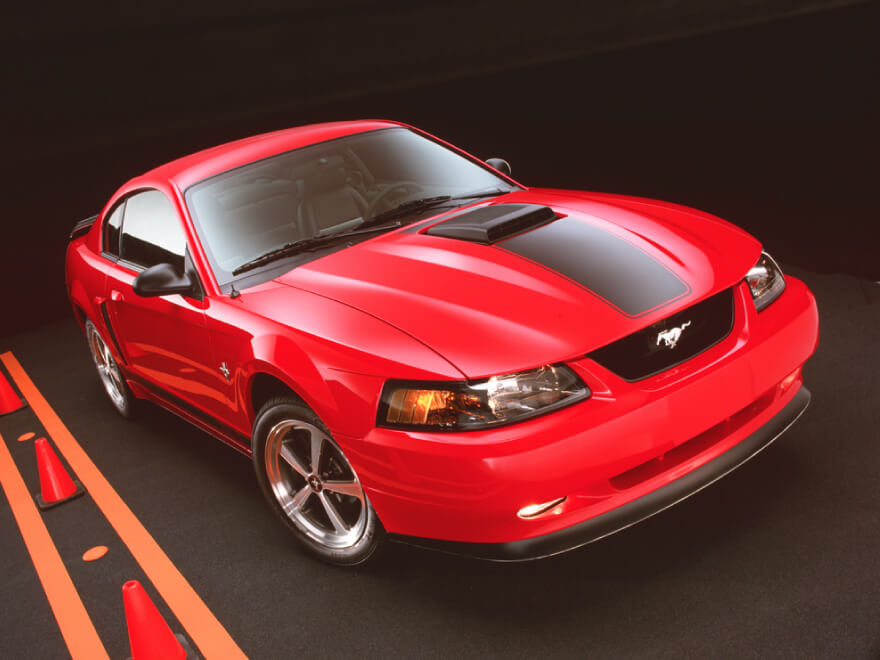 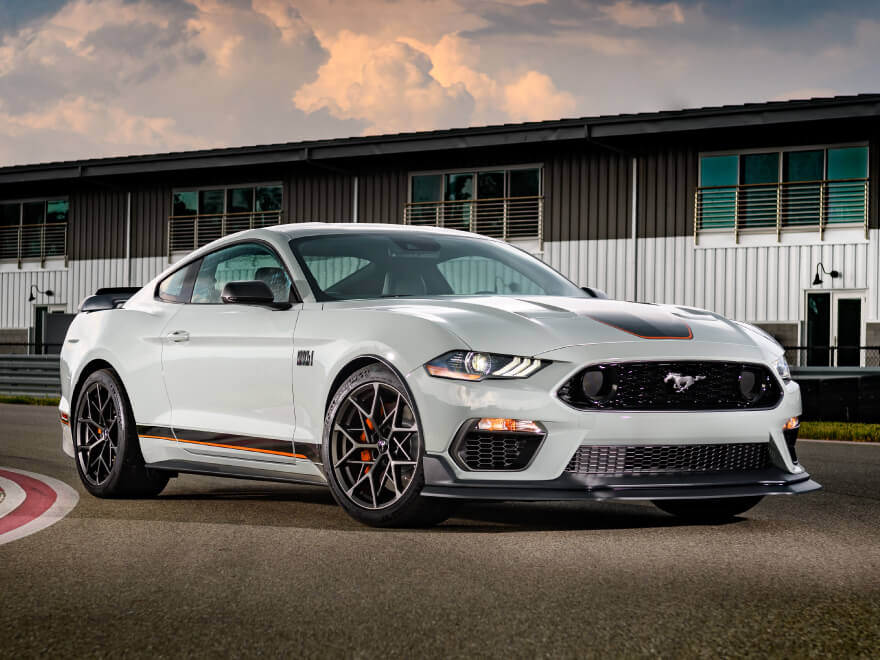 Here, the list goes on and on, as there have been many opportunities for Ford to create a version of the Ford Mustang celebrating an anniversary. It was done for the 20th anniversary of the model, and since then, thetradition has continued. Most notably, a 50th-anniversary-specific model was created in 2014, featuring the V8 of the powerful GT.

Each of the anniversary versions comes with a different look, unique wheels or appliques signalling the anniversary date. And most are available as a coupe or convertible. The choice is yours. 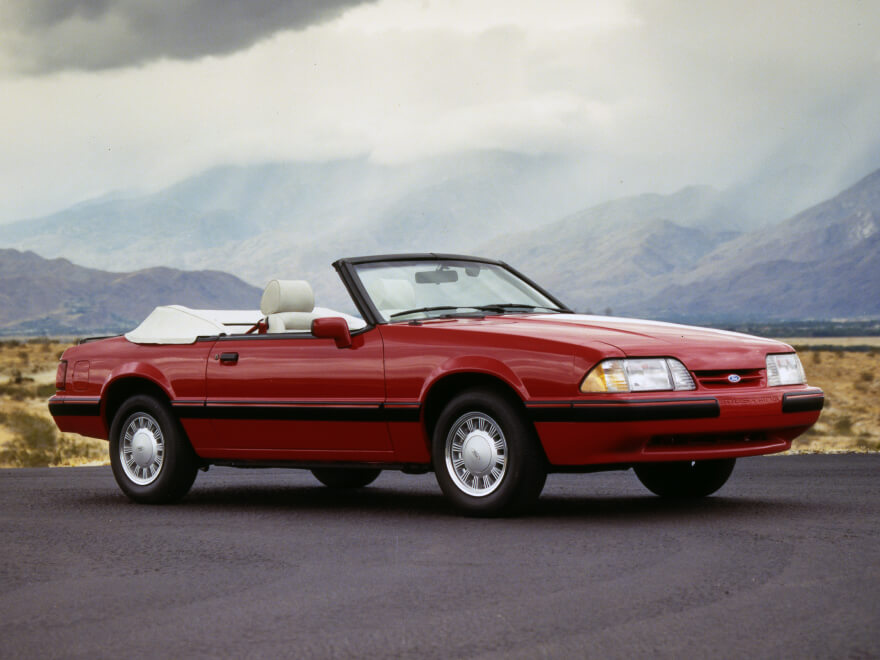 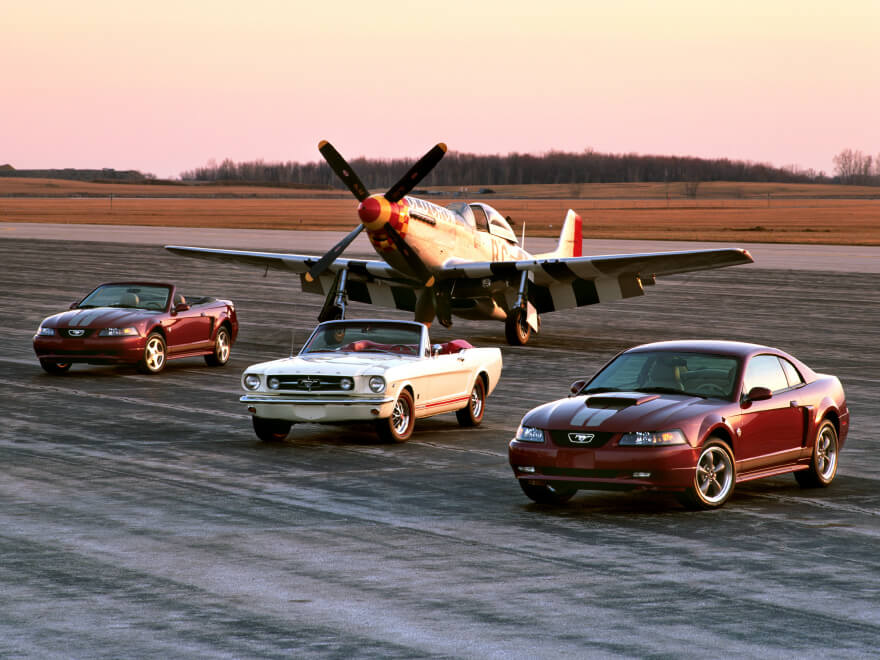 We could have gone on to the California special or the Boss. The Ford Mustang is so closely tied to the development of the automotive world that no matter which version you choose, it ispart of our heritage. We are very proud of it!

Ask for information on the mythical versions of the Mustang